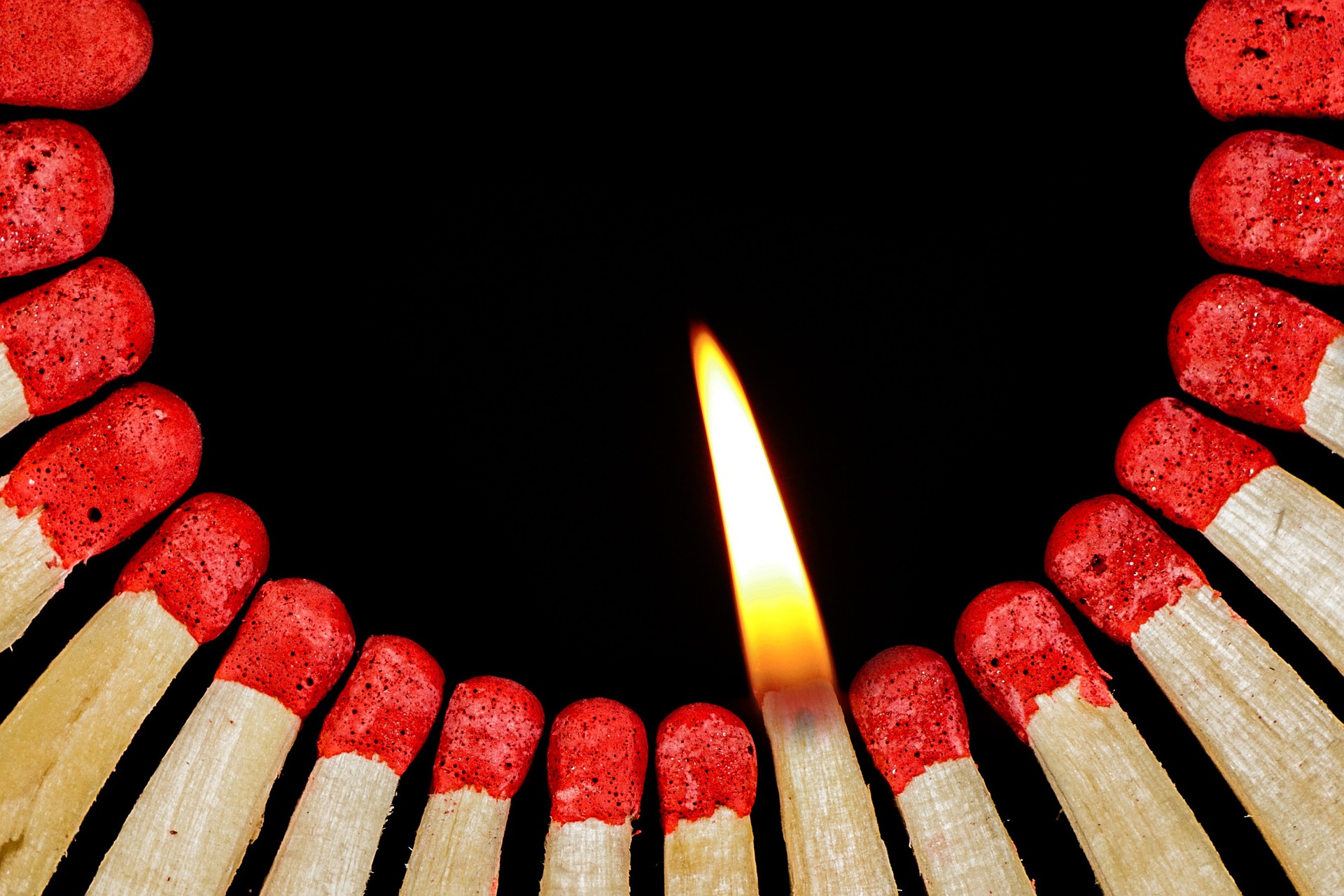 Larry Nassar is a serial child molester who was the USA Gymnastics national team doctor and a former osteopathic physician at Michigan State University (MSU). Nassar began working with the USA Olympic Gymnastics in 1996 as their national medical coordinator. In 1997, Nassar completed a fellowship in sports medicine and began working as an assistant professor at MSU’s Department of Family and Community Medicine in the College of Medicine.

Nassar’s cumulative sexual assault crimes were the basis of the Michigan State/USA Gymnastics sex abuse scandal, in which he was accused of molesting at least 250 young women and girls, as well as 1 young man dating as far back as 1992. A majority of his victims were well-known Olympic gymnasts. In July 2017, Nassar was sentenced to 60 years in federal prison after pleading guilty to child pornography charges. On January 24, 2018, Nassar was sentenced to 40 to 175 years in a Michigan state prison after pleading guilty to seven counts of sexual assault of minors. On February 5, 2018, he was sentenced to an additional 40 to 125 years in prison after pleading guilty to an additional three counts of sexual assault. His federal and state sentences are to run consecutively. This link is evidence of the pain and emotion associated with the case.

According to reviews of lawsuits, federal indictments and news reports, Nassar’s sexual abuse dates to 1997. It is the first time that a parent complains about Nassar’s behavior to John Geddert, owner of Twistars USA Gymnastics Club and Nassar’s employer. Geddert never notified police.

Court records reveal that Nassar began abusing the 6-yeaer-old daughter of a family friend in 1998. Again, no police reports.

In 2000, a student athlete at Michigan State tells MSU that she was sexually abused by Nassar during treatments for back pain. MSU takes no action.

One alleged victim claims she told her parents about Nassar abuse in 2004, but they didn’t believe her. That same year, according to federal indictments, Nassar receives child pornography.

Nassar was arrested in December 2016 after the FBI found more than 37,000 images of child pornography and a video of Nassar molesting underage girls.

In 2014, Nassar is cleared following a complaint from a post-baccalaureate student who sought treatment for hip pain in March of 2014. During the 90-minute appointment, she claims Nassar engaged in disturbing and inappropriate sexual conduct – including asking the resident to leave the room and becoming sexually aroused.

According to court filings and interviews, it was for Olympic team member Maggie Nichols and her coach Sarah Jantzi who reported Nassar to USA Gymnastics officials on June 17, 2015 after the coach overheard Nichols and another gymnast talking about Nassar’s behavior. Simone Biles came forward shortly after with accounts that she too had been sexually abused by Nassar, and Jordyn Wieber made a statement at Nassar’s court sentencing in which she also accused Nassar of sexually abusing her during her time at USA Gymnastics.

On August 30, 2016, Nassar is fired by MSU. The university says in a statement that the action was taken “immediately after the university first received notice of the allegations of sexual misconduct.”

The news of the scandal made headlines for two years during which time the President of Michigan State resigned and the University agreed to $500 million in settlements with 332 victims. Lou Anna Simon’s successor, former Michigan Governor John Engler, told the Michigan legislature that the settlements might bankrupt the university. Simon’s resignation ended an otherwise distinguished career in education. She was the John A. Hannah Distinguished Professor in the College of Education at MSU. From 2012 to 2014, Simon served as chair of the executive committee of National Collegiate Athletic Association. She also served as chair of the Board of Directors of the Federal Reserve Bank of Chicago Detroit Branch.[3]

Engler himself was later ousted by the MSU Board of Trustees Engler told another university official in emails that Rachael Denhollander, the first woman to go public with her accusations about Nassar, was probably getting a “kickback” from her attorney.

The remark led to an uproar in legislative and education circles where Engler was accused of operating a reign of terror against victims who spoke out against Nassar’s crimes.

The USA Olympic Committee also came under fire, of course. This remarkable story from NBC News makes it easy to understand why the entire Board of USA Olympic Gymnastics resigned when Nassar was sentenced January of 2018. The Committee filed for bankruptcy protection in December 2018. Since that time, desperate to turn the page on the scandal, the Committee has gone through two presidents. It also is interesting to note that NBC traditionally owns broadcasting rights to the Olympics.

The big questions in this crisis, of course, revolve around the time it took to act on the warning signals. Like Penn State before it, USA Olympic Gymnastics and MSU appear to be candidates for a marquis mentions in the sequel to Gray Rhino. Why did it take two years of reputation busting publicity for MSU to launch a formal investigation? And what would it say when it was finally completed in December of 2018?

Here is an excerpt from a New York Times feature that ran shortly after Nassar was convicted. Damning is the only word to describe the news. As sexual abuse reports against Dr. Lawrence G. Nassar flooded in a year ago, besieged officials at Michigan State University announced they had ordered an internal review. Overseeing it would be Patrick J. Fitzgerald, a former federal prosecutor whose reputation for investigations into mobsters, terrorists and corrupt politicians led admirers to deem him a modern-day Eliot Ness. Last month, Mr. Fitzgerald wrote that no one at the university understood what Dr. Nassar, a faculty member and team physician, was up to until the victims began going to the news media in 2016.

“While many in the community today wish that they had identified Nassar as a predator, we believe the evidence in this case will show that no one else at M.S.U. knew that Nassar engaged in criminal behavior,” he wrote in a letter to the state’s attorney general. But Michigan State had conducted an inquiry into Dr. Nassar’s actions before. In 2014, a woman complained to the head of the university’s sports medicine clinic that Dr. Nassar had inappropriately touched her, prompting a Title IX review that concluded, based on consultation with the doctor’s colleagues, that his actions were “not of a sexual nature.” Five women have said in lawsuits that as early as the late 1990s, they had reported sexual abuse by Dr. Nassar to university coaches, trainers or counselors.

A protest at Michigan State University, which has come under fire for its handling of the sexual abuse case of Dr. Lawrence G. Nassar, a faculty member and team physician.

PBS weighed in on the crisis as well. Here is an excerpt from their report on fallout from the crisis and how it has grown despite all the firings and sentencings and settlements. It’s been nearly a year since a Michigan judge sentenced former sports doctor Larry Nassar to up to 175 years in prison for sexually assaulting hundreds of women and girls, including several top Olympic gymnasts.

Today, the number of women and girls who have said they were abused by Nassar has topped 500, Michigan Radio reported. But questions remain about how a culture of abuse of young athletes at USA Gymnastics and Michigan State University continued for so long.

A new report released Monday details how two top officials at the U.S. Olympic Committee, which oversees USA Gymnastics, failed to act promptly in 2015 when they first learned of the abuse allegations against Nassar. One of the officials, USOC chief of sport performance Alan Ashley, was fired shortly after the report was made public.

Finally, the Lansing State Journal’s report on the investigation by the Michigan Attorney General may have been most disturbing of all. Here are the lead paragraphs from their story. In a scathing report on Michigan State University’s handling of sexual assault complaints against Larry Nassar, the Attorney General’s Office said the university’s “culture of indifference and institutional protection” contributed to hundreds of women and girls being sexually abused.

The document, released Friday, says university employees failed to report concerns about Nassar, provides new details of the deeply flawed 2014 Title IX investigation, and shows how top MSU officials tried to stonewall the independent investigation, an extension of an “anti-transparency” culture. To learn more about how Harrison Communications Company can help you manage a crisis before it spins out of control, contact us below.